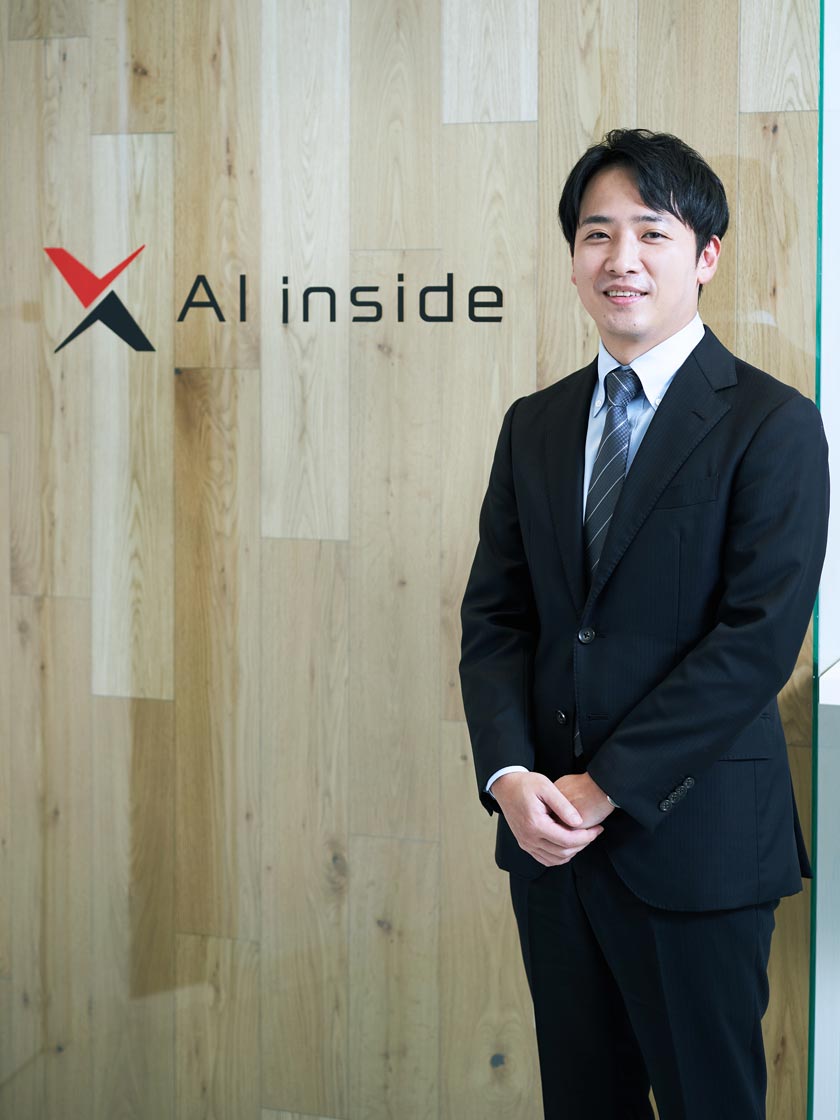 SBI Group first became a user, and if satisfied with the service, was willing to offer to other companies.

Please tell me about yourself before founding this company.

I founded my first company when I was 19 years old, in 2004, a year after I graduated from high school. At that time, I had decided to start a business, but had not yet decided on its nature. My first thought was “to succeed in business, we need to know the future”, so I studied history and wrote a timeline for the next 200 years, predicting how the world would change.

As a result, I became convinced that "space" and "artificial intelligence (AI)," were the fields that would have the greatest impact on humanity and decided to start with an AI business, which I was more interested in. 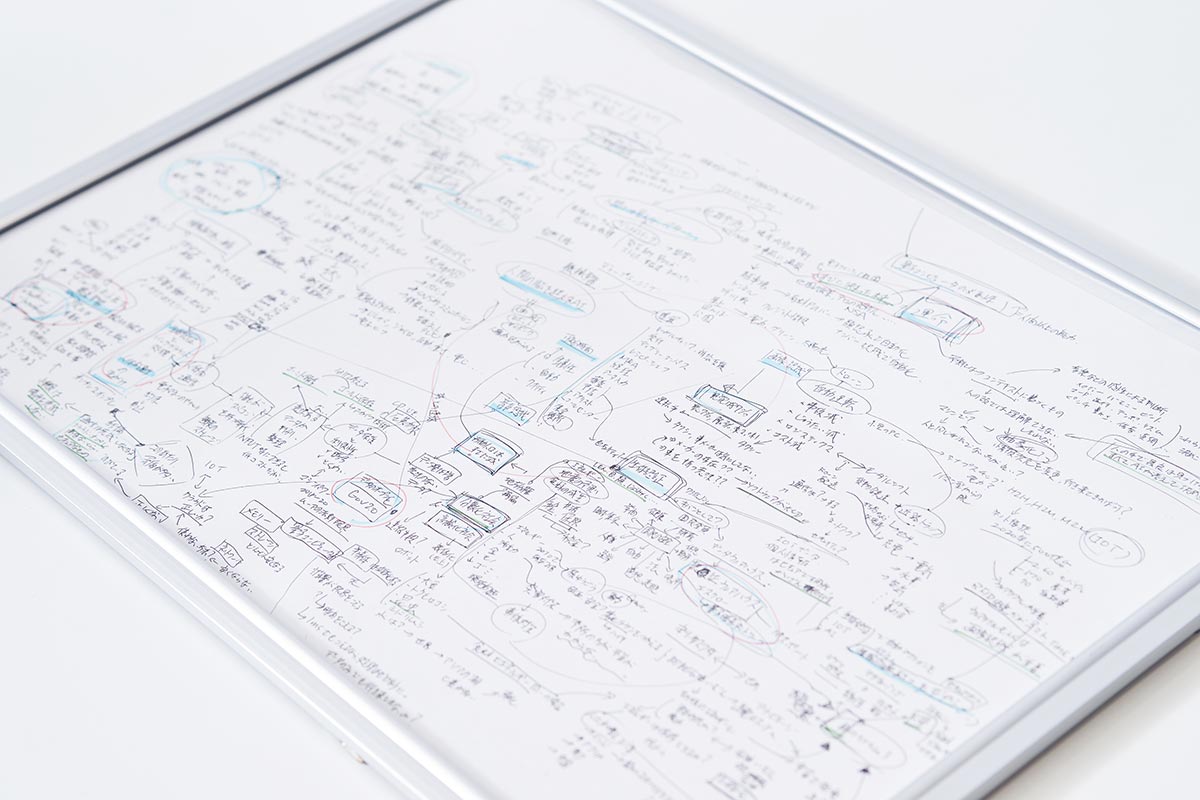 However, even though I wanted to rush into an AI business, I had neither the technical expertise nor the funds available at the time. So I started with a gourmet food portal site that put neural networks to practical use as a business that might lead to an AI business in the future. I developed it on my own, referring to source codes from overseas, and included chatbot-like functions.

After we sold that business, smartphones became popular. So I tried several other new businesses, including development of smartphone apps and better performing chatbots.

Some years later, personal information could be obtained and analyzed with the approval of the user due to the emergence of SNS. The demand for big data analysis gradually spread. Furthermore, being selected as one of the 4 Certified Marketing Developer (PMD) in Japan, an endorsement by Facebook, led to a significant increase in contract deals. However, we were unable to concentrate on the development of our own services, so we decided to sell that outsourcing business as well around 2012.

What prompted you to establish this company?

In 2012, with a publication of papers regarding deep learning, Google’s success in developing an AI that could recognize an image of a cat spontaneously, and other events that drew attention to deep learning, I became immersed in research and development.

While building relationships with our customers, we began to formulate the AI-OCR service that led to our current business. After getting some good response from our customers, we founded AI inside Inc in 2015.

Could you tell us about the difficulty you faced in the journey to an IPO.

The most difficult aspect was to tackle what no one else could achieve in the past, and create something new that did not yet exist.

OCR has a long history, and surprisingly the technology itself has been around for 100 years. However, low reading accuracy had been unresolved for a long time, and in particular handwriting has been an area that no one has been able to read successfully.

From our founding in August 2015 to the launch of “DX Suite”, our current flagship service, in November 2017, we did not offer a general-purpose product for roughly two years. During those two years, we received training data and feedback from about 500 customers, and went through a trial-and-error process to improve accuracy, user experience, and its architecture. It was really hard to put so much effort into something that no one knew if it would be possible.

Why stopped you from giving up when faced with such difficulties?

Even if no one else knew if the AI-OCR technology could be realized, I was convinced that I could definitely achieve it. It is hard to keep believing in something you don't know if you can achieve. However, through making of that timeline of the future I mentioned before, I was confident that the direction I was taking was the right one.

After the release of “DX Suite”, when did you become confident that the service would be successful?

There was no particular time when I felt a major change. Initially, we focused on dealing with each customer to improve accuracy and UX rather than growing the number of customers, so as of March 2018, five months after the official release, we only had 10 customers. However, thanks to their cooperation, our products improved rapidly, and as of March 2019, a year later, 185 companies have adopted our products. I think this is the result of our steady efforts in our business.

We keep saying to our employees in our weekly general meetings, "Let's become the best company in the world," but our company is still too small from that perspective. That's why there is no way we already got the feeling of "success" yet. 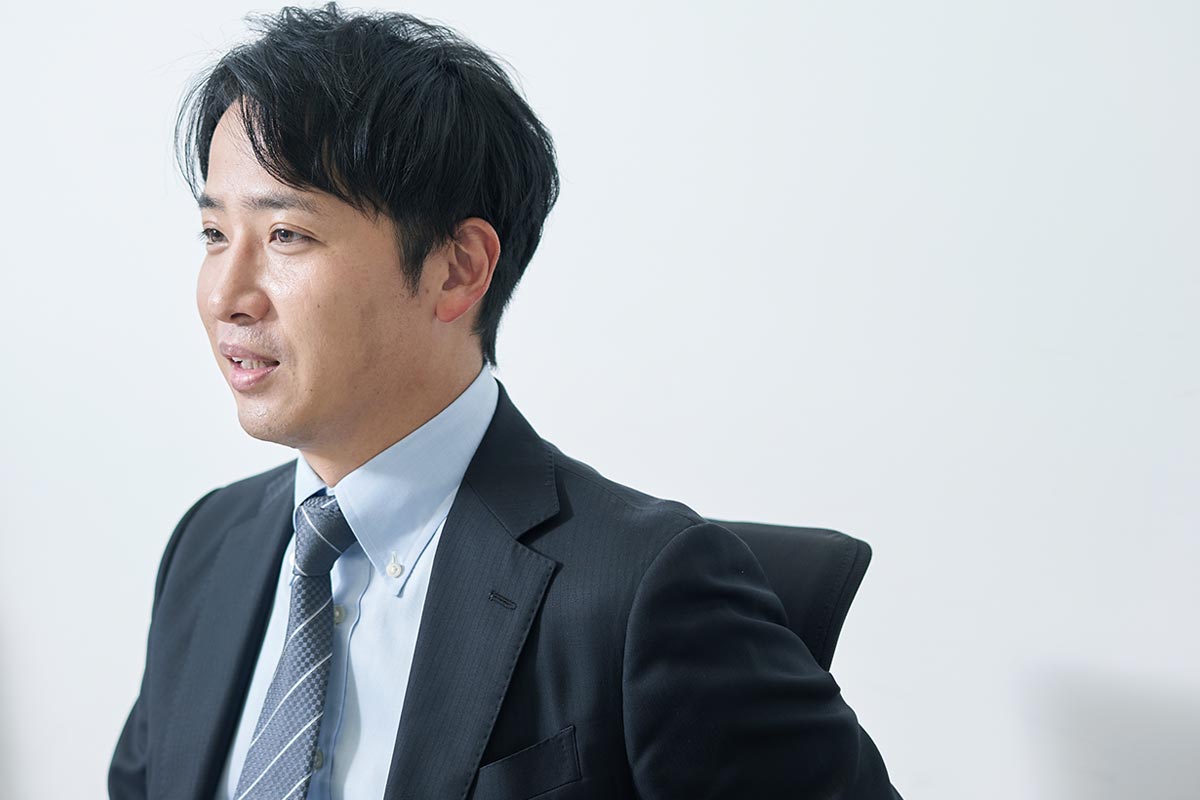 What kind of topics do you talk about in the general meetings?

It's all about vision and mission. We have been talking about topics such as "where are we going?" and "how our business approach should be?” from day one.

The meetings are held every Monday morning, so we have done this over 250 times so far! As a result of this continuous communication, all of our employees have started to say, "If we want to be the best company in the world, we should be like this” and think proactively.

Why did you accept an investment from SBI?

We had a business relationship with SBI Sumishin Net Bank, which led to support from SBI Investment.

What kind of support did we offer after our investment?

After receiving the investment, I was introduced to customers and was even invited to a seminar organized by SBI. When we started the service, we were targeting financial corporations as our main target users, so we were very grateful to have the opportunity to make a presentation in front of dozens of regional banks that were actively promoting DX.

We have been very fortunate to have the support from various group companies of SBI, including SBI Investment. 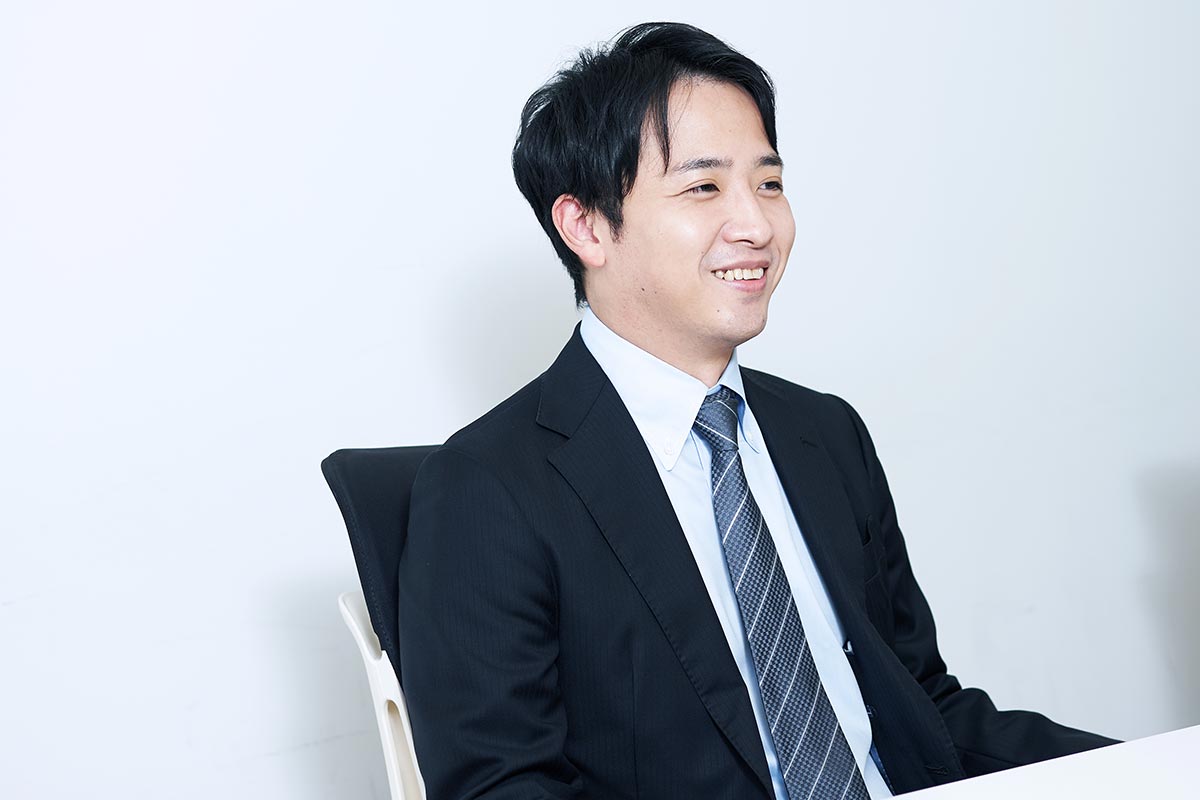 What do you most appreciate about SBI’s support?

I feel that the SBI Group has a strong link between business and investment. The reason why we can create various proposals is because the direction of the SBI Group is firmly conveyed to us. Since SBI Group is very open about their strategies and the kind of problems being tackled, it is easy for us to imagine what we should ask to create a better, synergistic effect.

I also feel that things moves really quickly as well as being supportive. SBI Group first became a user, and if satisfied with the service, was willing to offer to other companies.

What do you think is the most important quality as a business owner?

As I mentioned earlier, it's about believing that something definitely exists even if it has not been proven yet. I think it is very important to study hard and think things through until you are able to believe in the future and have all the evidence to support it. This way of thinking is my embedded routine.

In addition, I consciously try to "communicate" my thoughts to others if I find something that bothers me or makes me feel uncomfortable, even a little, in my daily work. However, ideas that do not yet exist in the world are rarely unanimously embraced. Sometimes, it's also important to be prepared to take action.

Please give advice to young entrepreneurs and those who are planning to start their own businesses.

If there is a need for the business that you have thought through and created in society, then all you have to do is to not give up.

In my opinion, if a business is conceived from "what you want to do" or "what you can do", even if well thought through, you will most likely not be convinced. So, think in terms of "what society needs in the future," and there's a good chance you'll be convinced.

Development and provision of artificial intelligence and related information services.