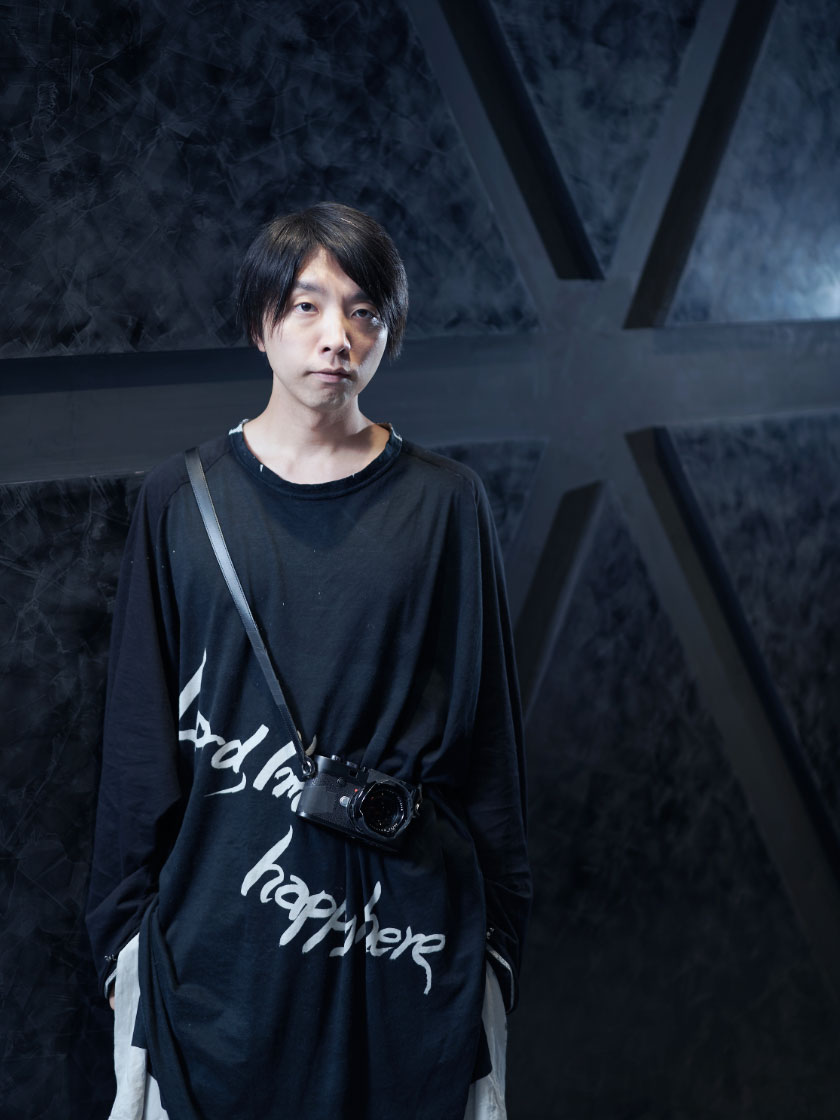 In order to scale-up, I think it is important for everyone together to systematize and resolve issues.

Please tell us about your career so far.

What made you decide to start a business and establish a company?

This was largely because in my field of research, we compete with companies like Google, Apple, Facebook, Amazon, and Microsoft, but I felt there was a significant difference between us and those companies in terms of financial and organizational capabilities.
I created the company because I thought it would give us access to more resources than conducting research in a laboratory. Currently, we are promoting social implementation by commercializing the seeds generated in the university laboratory. 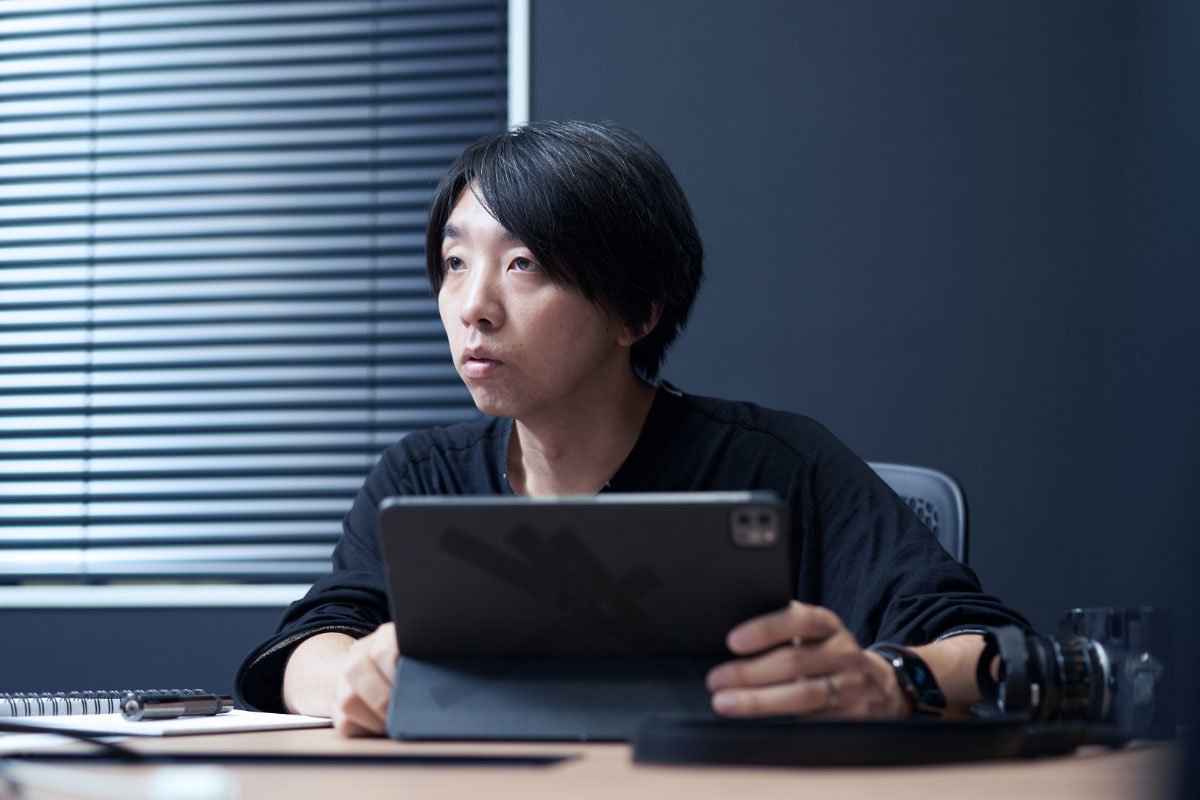 What kind of technologies have you been implementing in society?

Originally, I was researching ultrasound and laser and developing directional speakers. We are still continuing development in this area, but, broadly speaking, we divide development efforts into the following three businesses.
One is in the field of ultrasonic waves, another the field of space recognition and understanding, such as the detection of human contact in three-dimensional space, and the third is our joint R&D business to create new products for customers.

Among our current projects, joint R&D with Kajima Corporation and the JR East Group aimed at resolving issues related to construction sites, stations, and railcars, as well as the "xMove (pronounced “cross move”)" self-driving wheelchair being developed jointly with SILVER WOOD for use at nursing care sites are likely to be unveiled in the near future.

We also run a consortium called Pixie Nest, which focuses on social issues and works with partner organizations to resolve them. 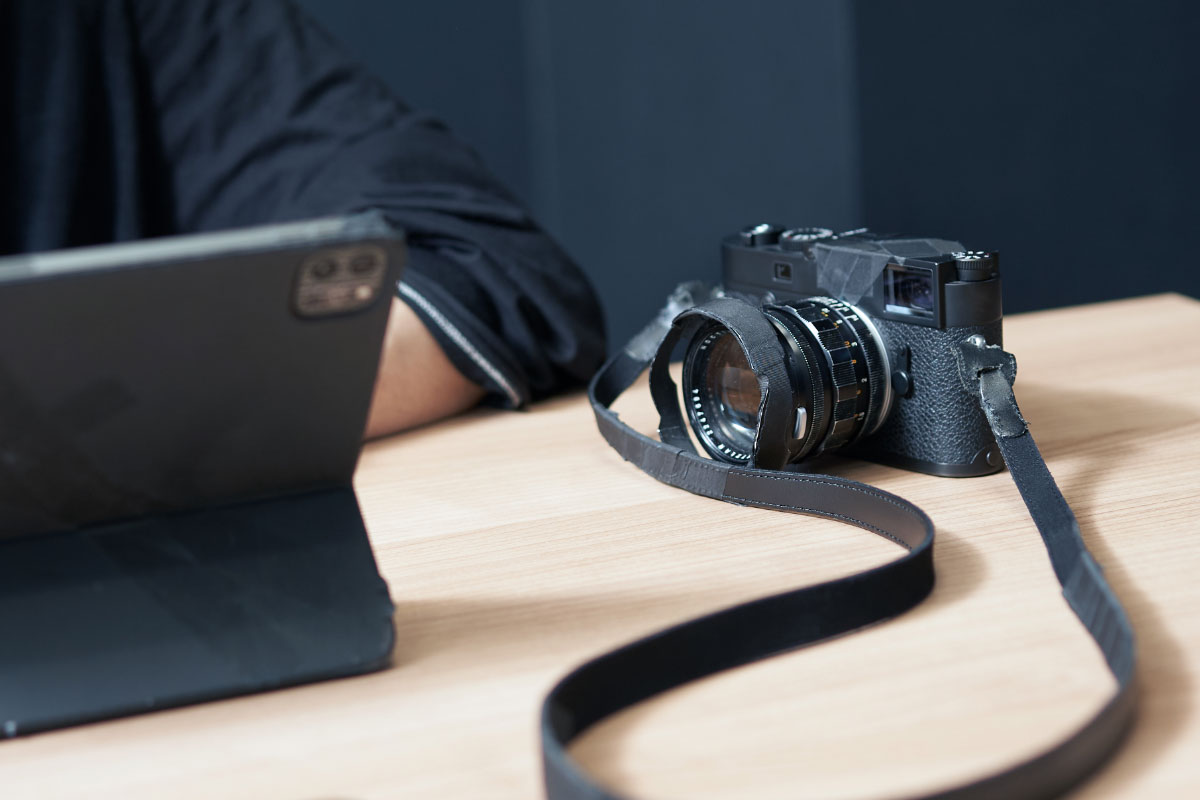 That happens, and on the other hand, sometimes a subject that we have been researching fits into a certain problem.
Other times, we try to resolve issues with technologies that are technically not very difficult. Plus, even if the individual technologies are not outstanding, sometimes integrating them in a horizontal manner can result in innovation.

Often very novel R&D cannot sufficiently resolve real-life issues, but I think our company's strength lies in our ability to identify technologies that meet the needs and challenges of society and to create products that meet those needs.

What is the future direction of Pixie Dust Technologies and its business outlook?

Currently, we are focusing on "magickiri," a BCP solution for companies facing the COVID-19 pandemic, and "KOTOWARI," a digital twin system for construction sites.
At Pixie Dust Technologies, it's not unusual for someone to come up with a bizarre idea, a bizarre thing to gather momentum in a bizarre fashion, and for us to attract a bizarre audience.

However, my impression is that scaling is something that has no originality in idea.
As a researcher, I think it is more valuable to conduct research that resolves issues people had not even thought of, and the world will catch up with us as we do so, but it takes about 50 years for the world to realize the necessity of such research and for it to become popular. It’s difficult for a startup to make a business out of such research. Therefore, I think as a company we should tackle head-on the issues that everyone thinks about.

Of course, for issues that anyone can think of, there is a possibility that major companies will enter the market, but I think we can beat them in speed. Things like consumer hardware need the funding power of large corporations, but I think there is not much difference between large corporations and startups when it comes to growing in domains that provide solutions. 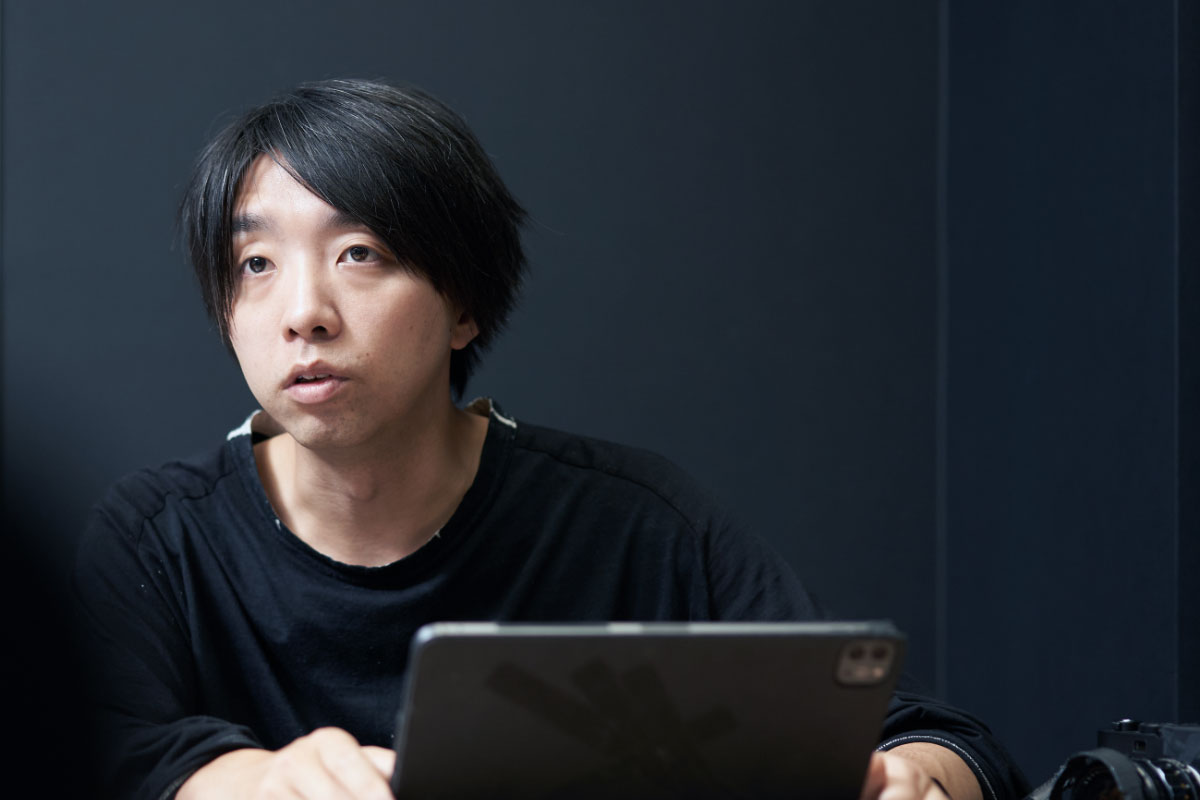 What do you value as a manager?

As a manager, I am endeavoring to make sure we do not become a company that is dominated by “me.”
As a researcher, we work in groups of several people, and since it is important for the industry as a whole to think about how we take the technology one step further, our fortunes depend on having a small number of specialists and discussions. As a writer and artist, I work under my own name, so my abilities, including my skills and inspiration, are important.

On the other hand, companies work in groups. I am careful not to show too much of my character because in our company, each individual brings his or her own strengths, and together we form a character for the company as a whole. Since it is important for a company to have stable performance, we are doing our best to systematize and solve this issue, which I think is important for the company to scale.
So, as CEO, it is my job to focus on the important things and come up with things that our partners in joint research, etc. need and that I also want to do, but I leave it to others to decide how to implement and incorporate these things. I can write programs, and I understand electronic circuits, optics, and sound to some extent because my research specialized in these areas, but I leave it to others in the company because once I start getting involved, there is no end to it. If I interfere in the details, it ends up becoming like my own exhibition. As the CEO of a company, I need create fans of a company, namely Pixie Dust Technologies, not my own fans. I think that is an essential element for a company capable of continuous growth over the long-term.
Also, recently I've been paying attention to not being too particular about making things that no one has seen before and delivering experiences that no one has seen before. That's fine at first, but as a company in this phase, it's more important to make things that are needs-driven and find out how the market responds. 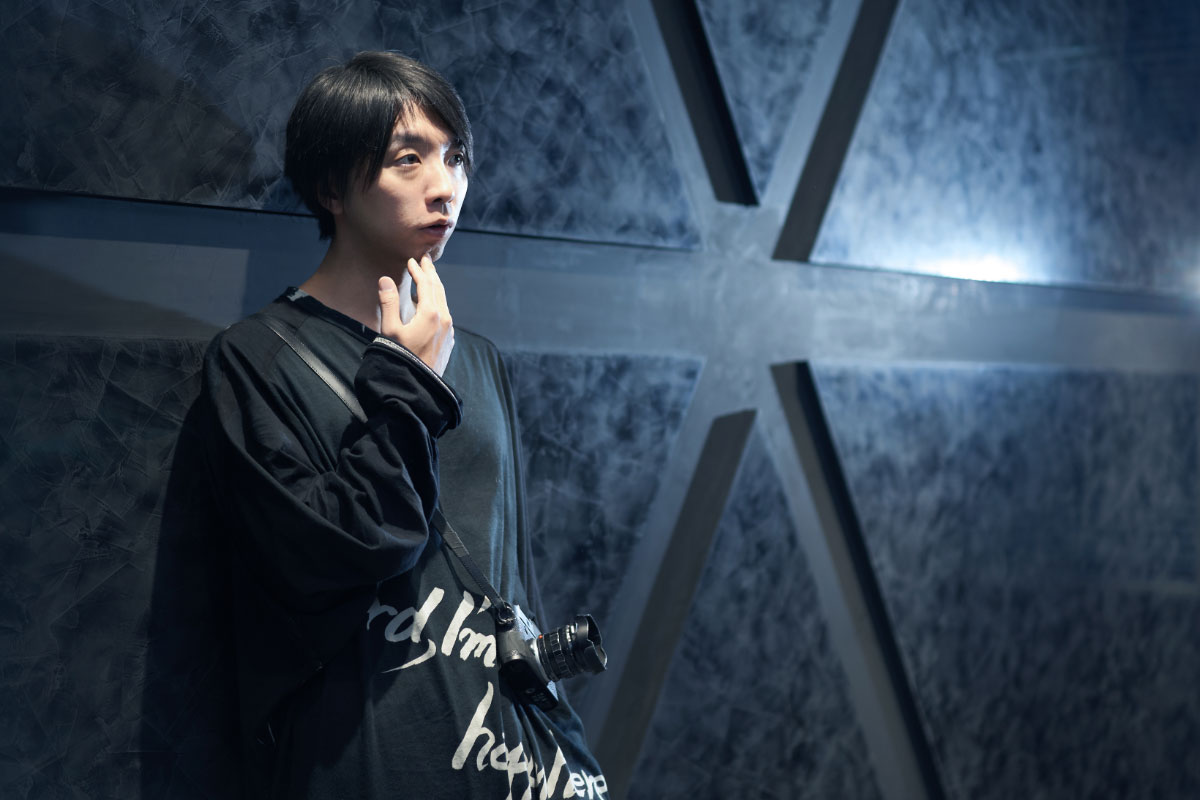 Whether I’m in the position of an individual, a group (researcher), or a company, the goals are similar. How can we build a world of digital nature, computation, and human affinity? How can we expand human diversity? Etc. I think about these things regardless of my position, but I try to change my behavior little by little depending on my position.

Are there people with unusual talents of the type that makes you think, "these people may surpass me"? If so, what are the points and attributes that these people have in common?

Do you have any message for people who are aiming to start a business?

I think “moving office” is important for startups.
As a company grows and the number of people increase, we should consider "moving office” as a time when the company moves forward one stage, and it is a good opportunity to reflect on our vision for the company and ourselves as managers. Originally, our company rented space in the office of the Incubate Fund and I worked in coffee shops with Taiichiro Murakami (Representative Director and Chief Operating Officer). After that, we worked in a research laboratory and an office in Akihabara that was like a studio, before moving to our current office. When we first started our business, I leveraged my personal attributes in my work, as if I was working as an individual, but if I had continued acting in this way, I would not have been able to see things from a broad perspective as manager of a company.
Every time we moved to a new office, the company as a whole became stronger as an organization, and I think I was able to grow as well. If you plan to start a company, you should be conscious of the fact that "moving office" is an important time to move on to the next stage as a company.